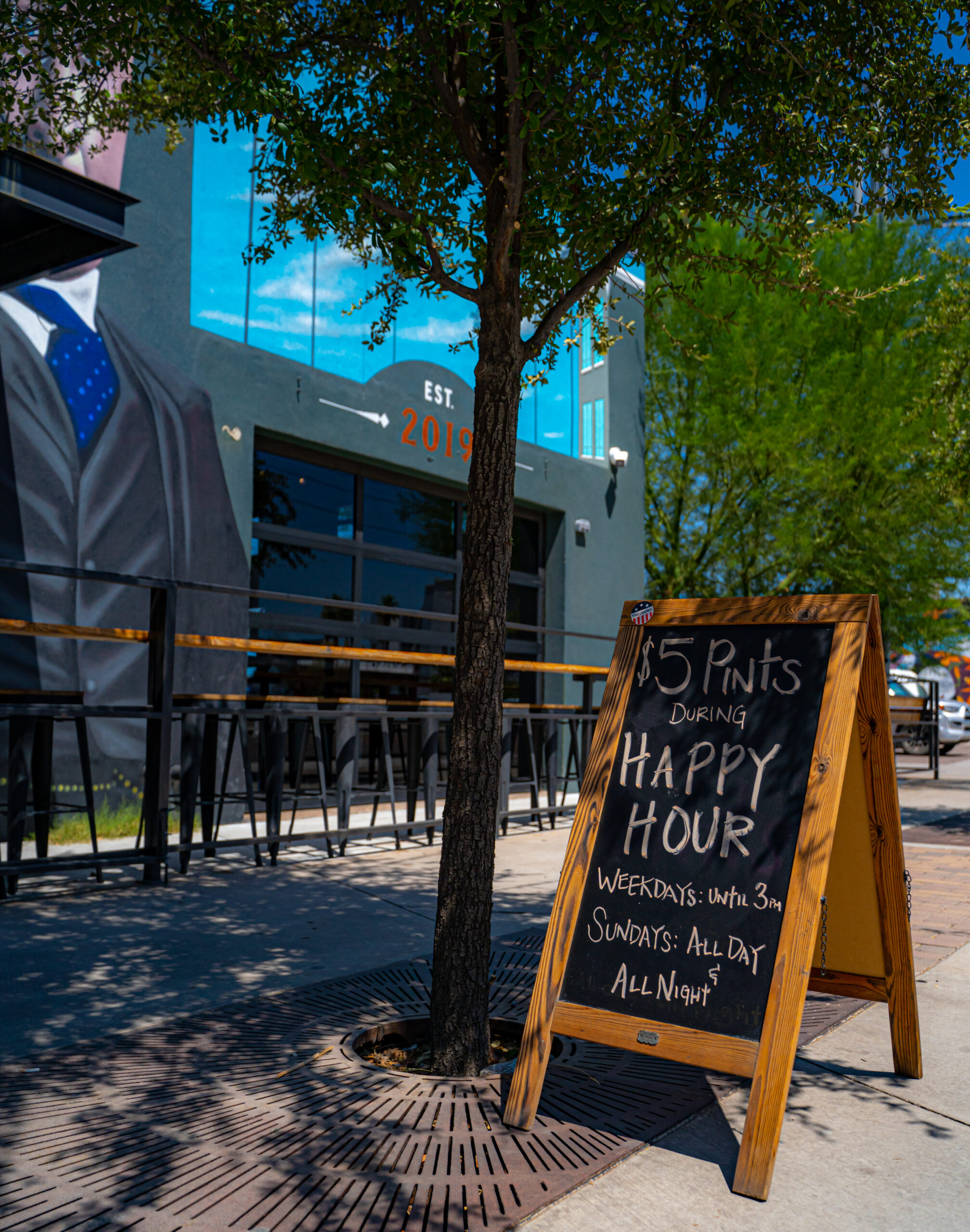 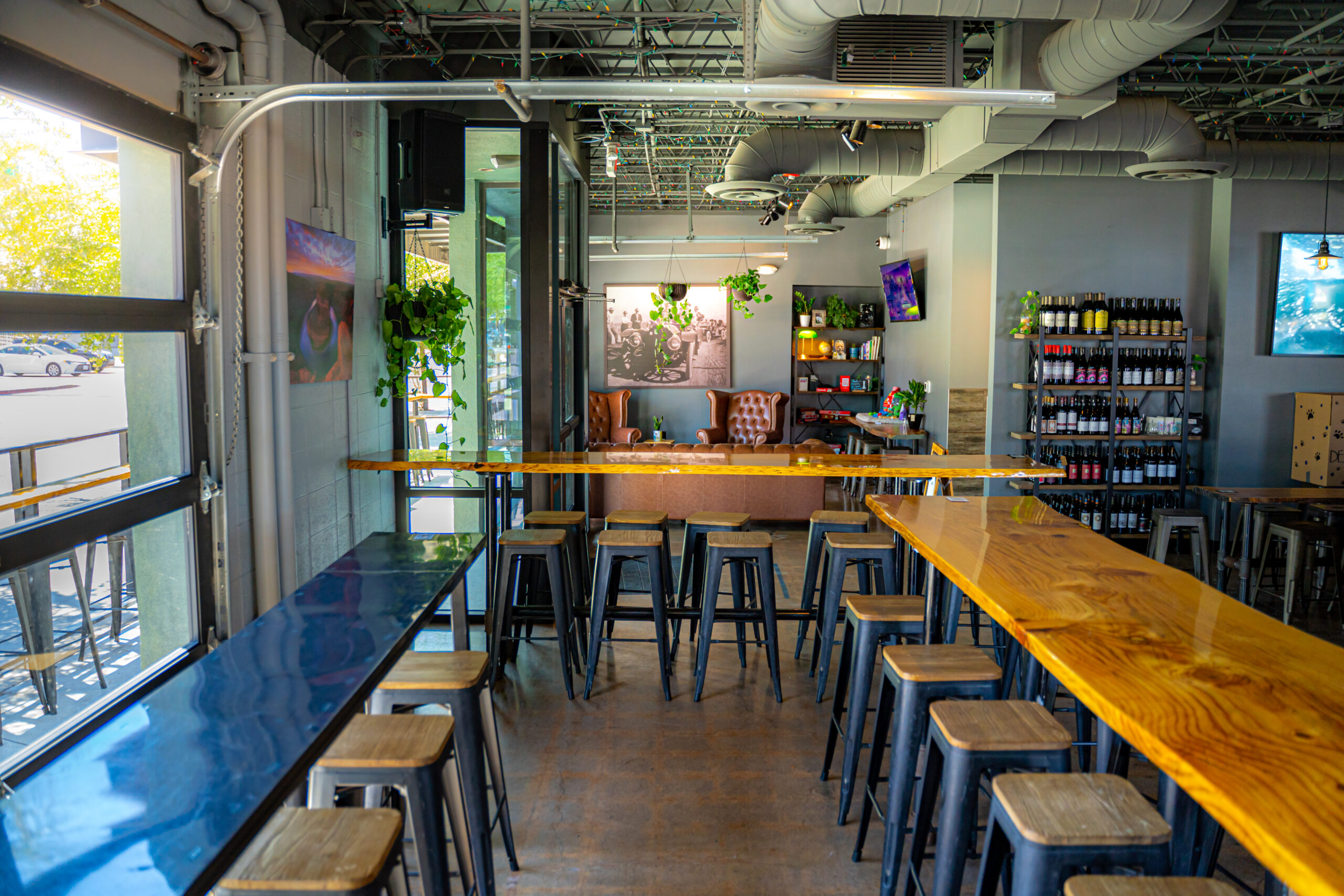 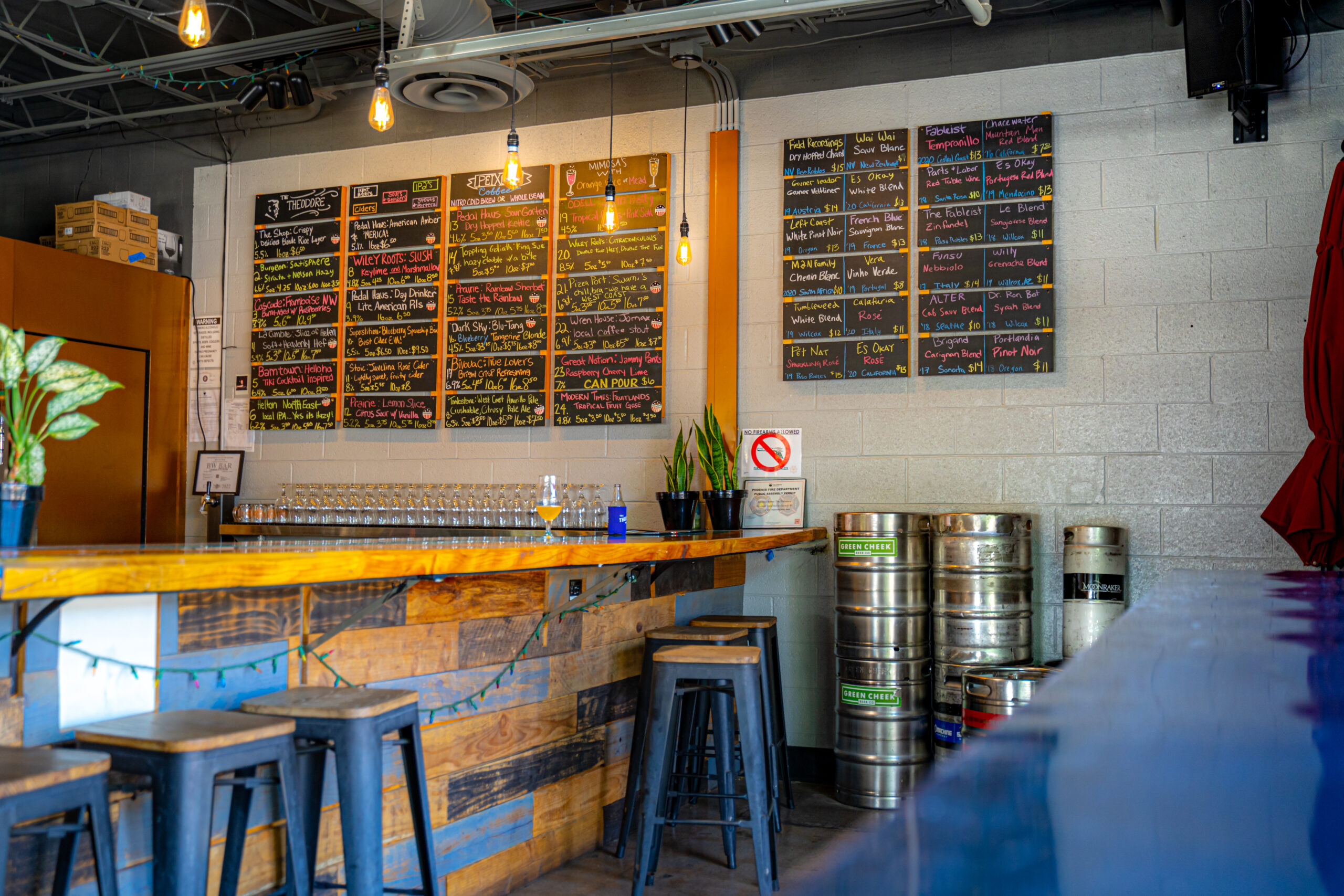 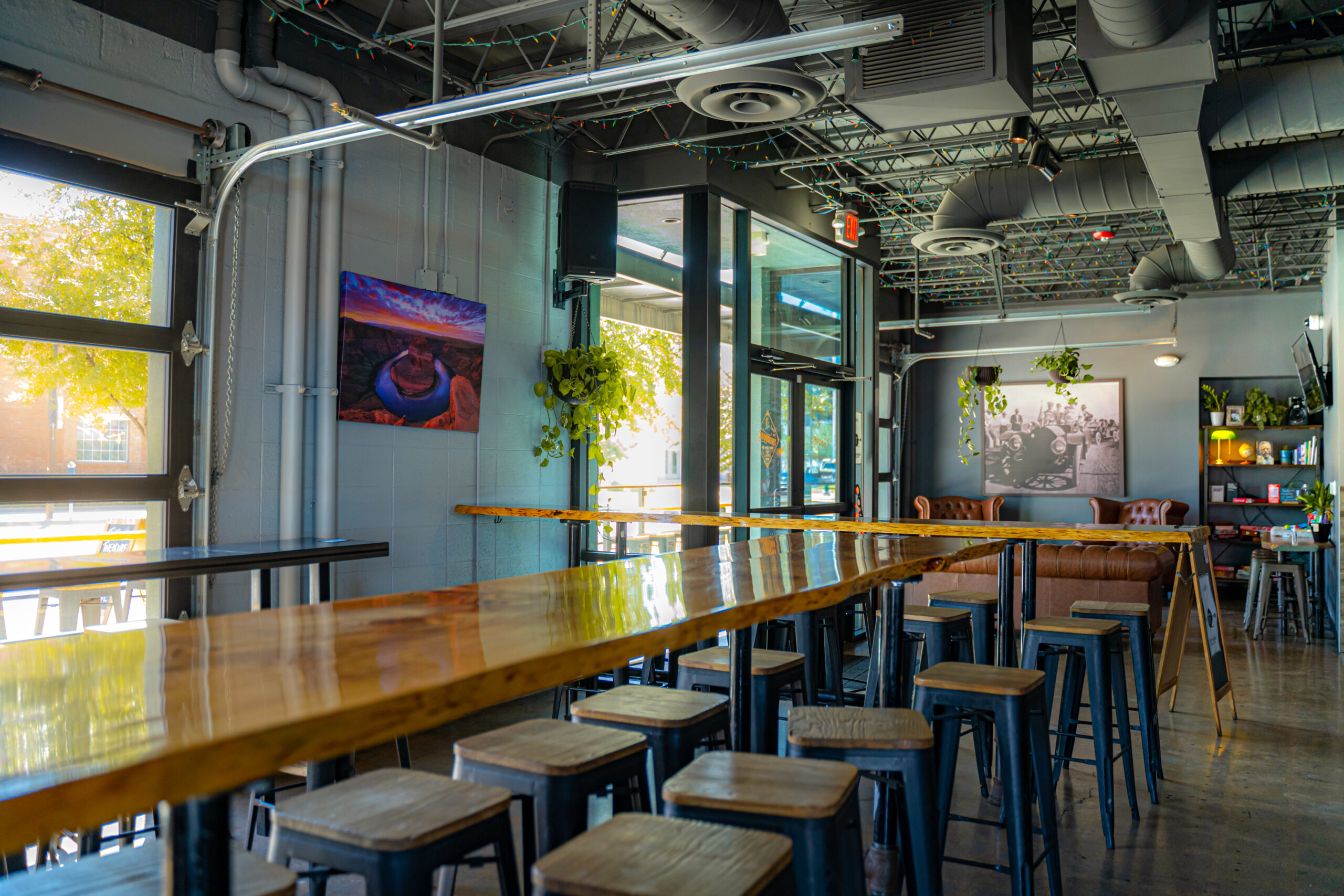 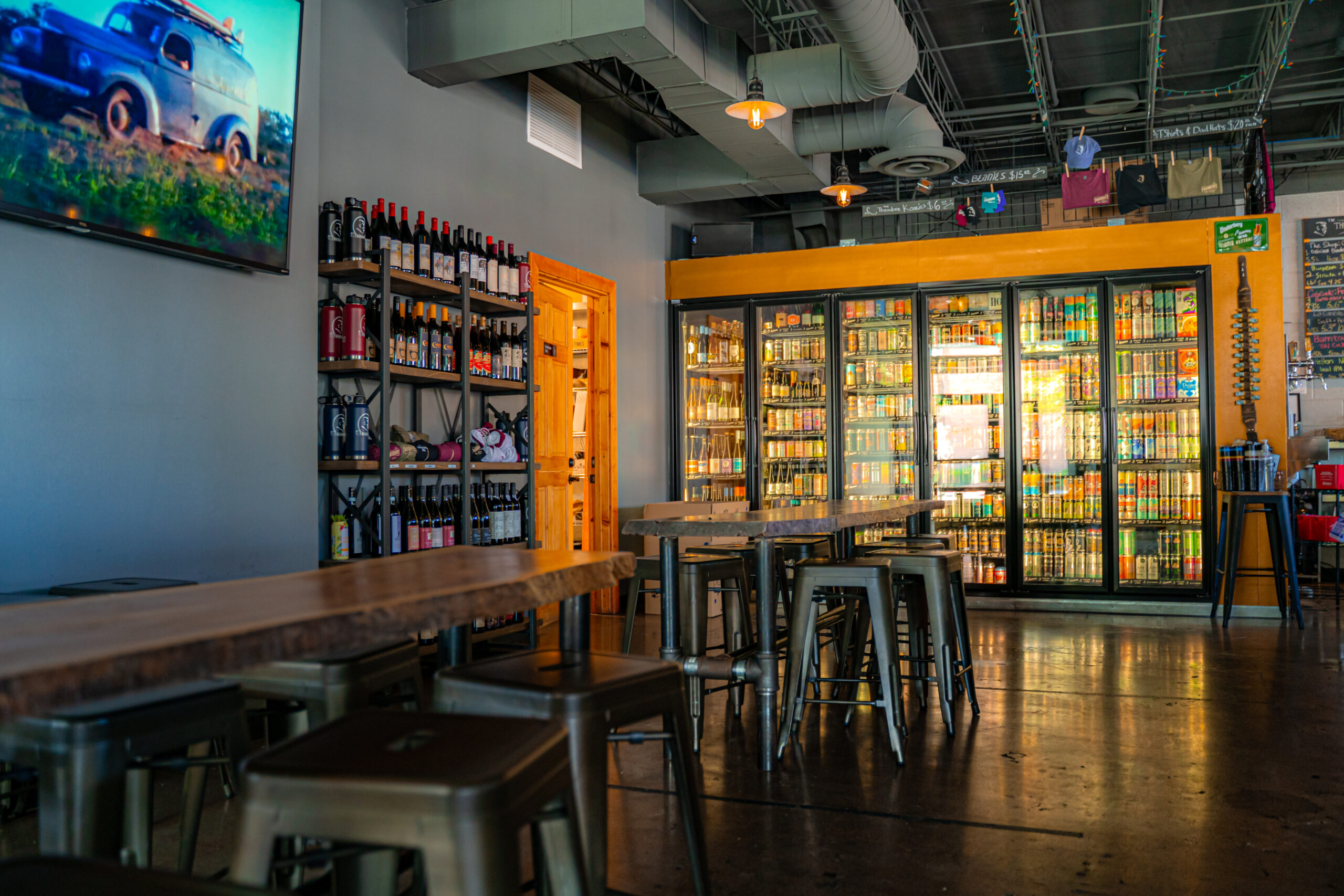 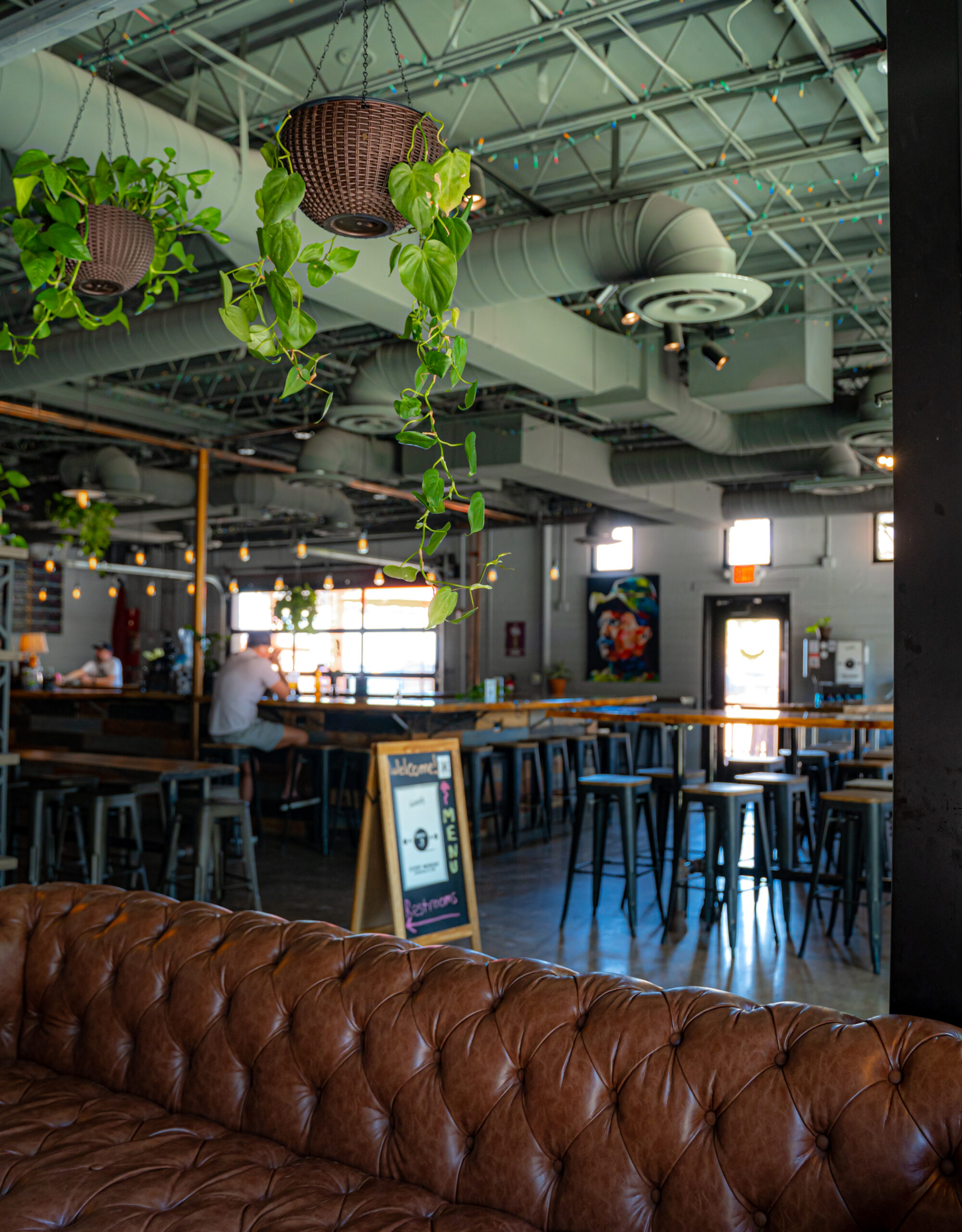 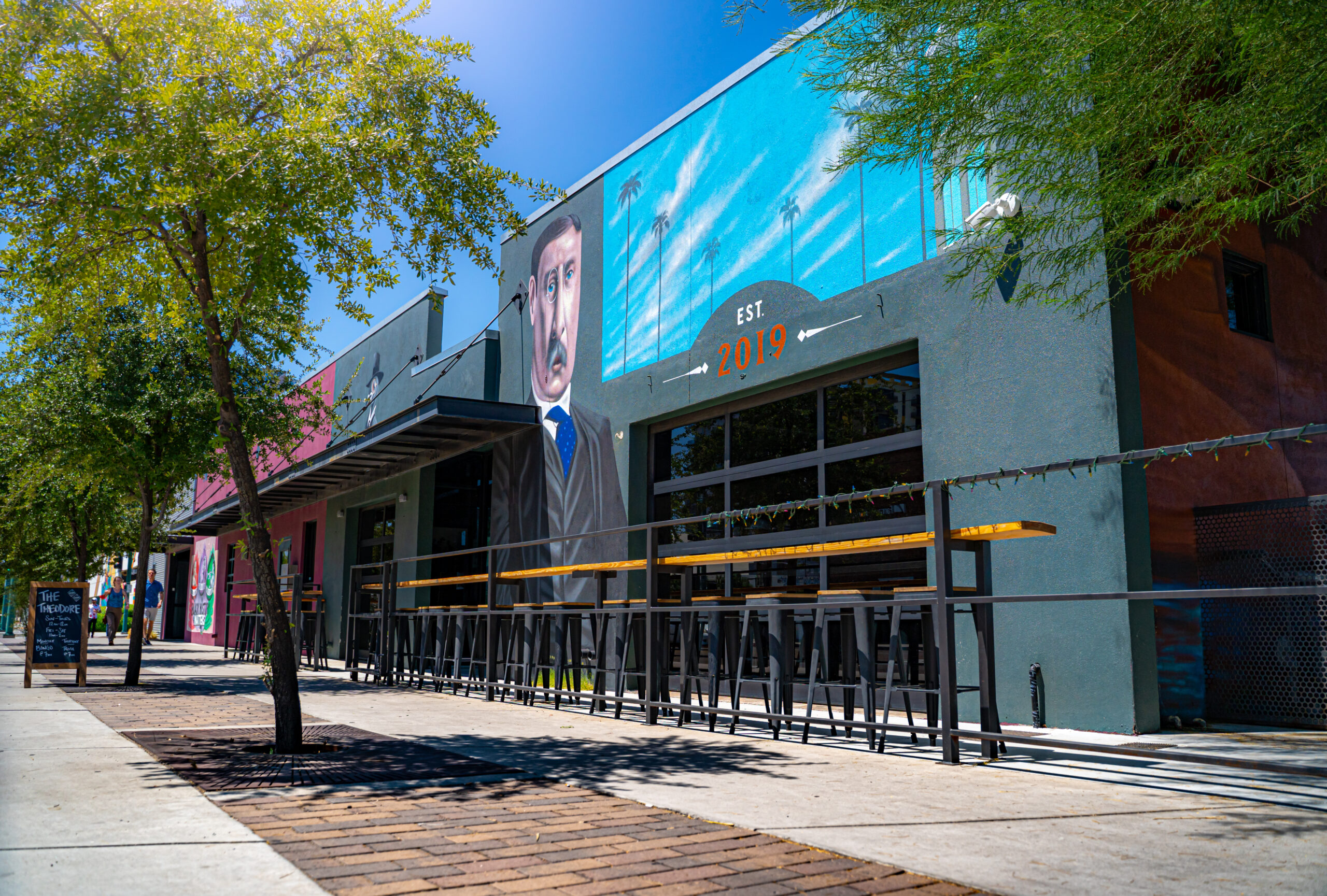 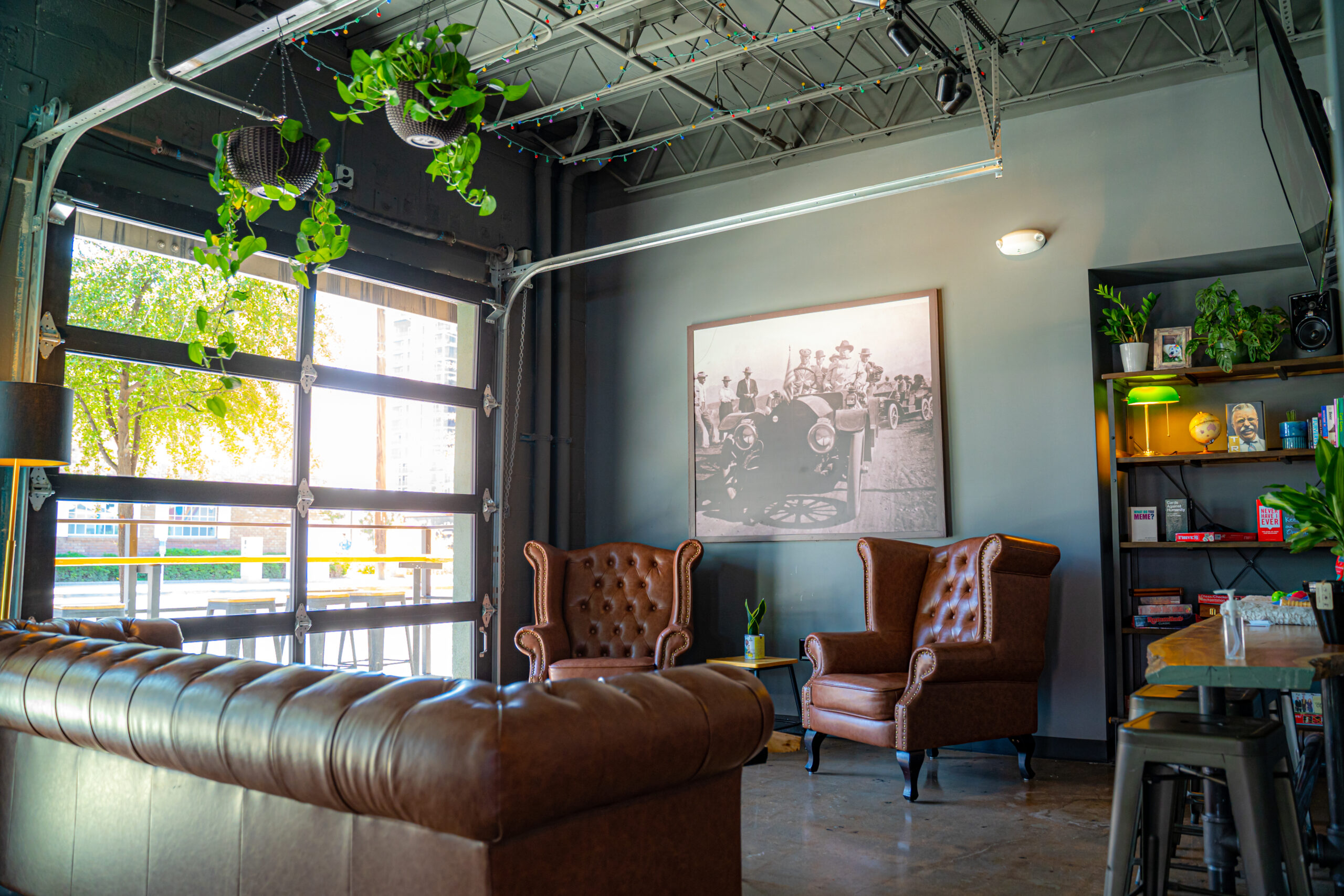 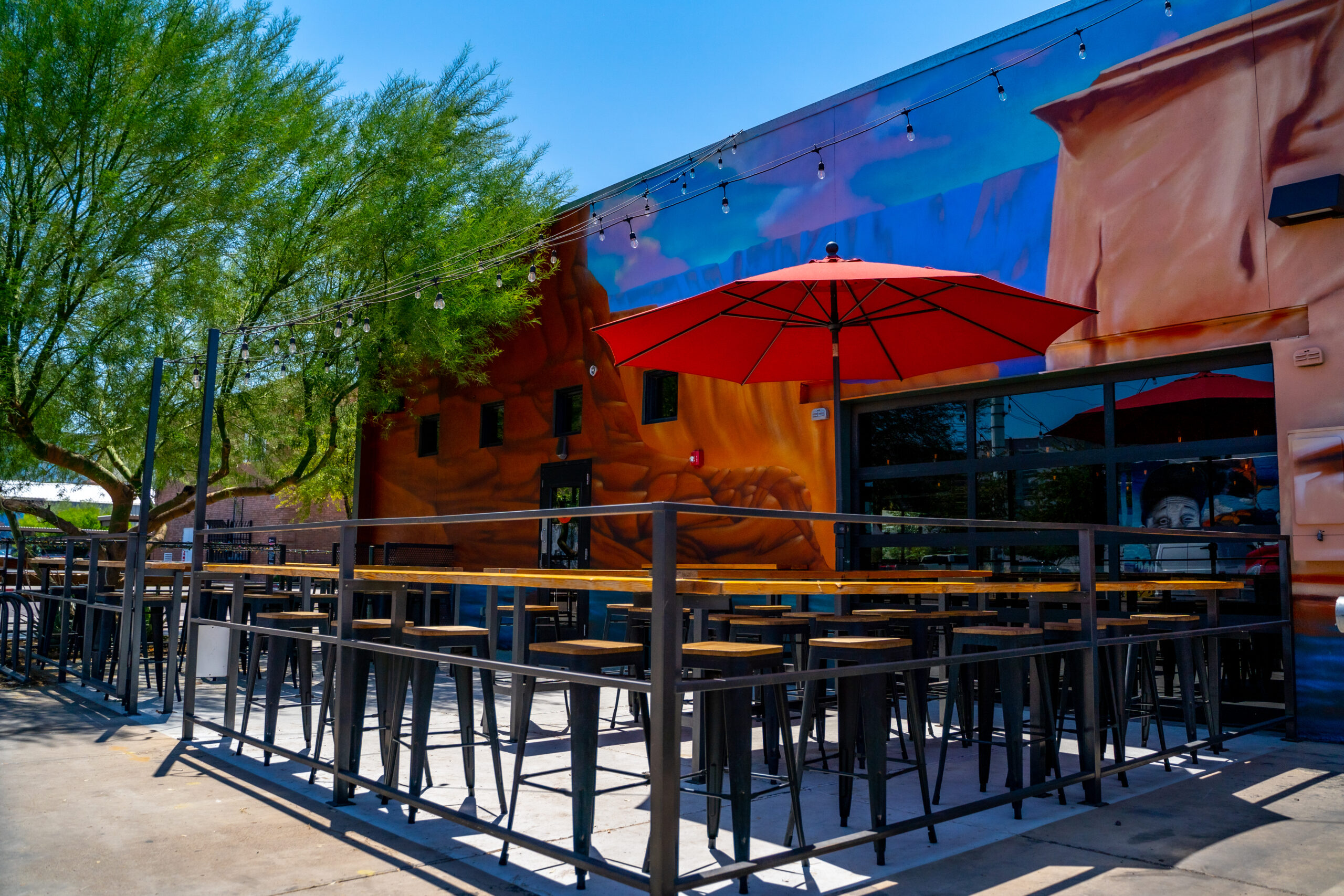 The Theodore is a 2,250 SF Teddy Roosevelt-inspired beer and wine bar Tenant improvement. Formerly a restaurant, the kitchen, and walk-in refrigerator were removed, and a wall that housed most of the electrics for the space had to be carefully removed. A prominent feature in the new space is the large square wooden bar with a flash of blue resin running through the center, resembling the Colorado River running through the Grand Canyon. MEP improvements made include mechanical, plumbing, and electrical. Interiors to have new finishes throughout, bathrooms to have new toilets, lavatories, and finishes installed as shown. Other features include roll-up garage doors and a large mural depicting Theodore Roosevelt decorating the building. The mural was created by local artist Tato Caraveo, who has been commissioned to paint another mural on the patio side of the building.